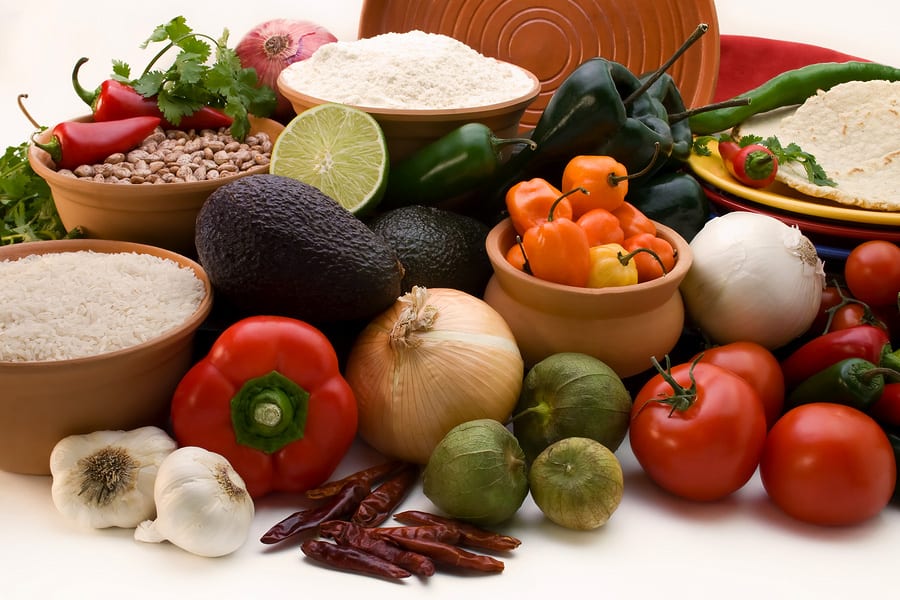 While authentic Mexican food may seem an innocent request, the results on your plate vary greatly when considering the country spans more than 760,000 square miles and enjoys a cultural heritage dating back more than 10,000 years. So before you argue for “chicken or beef,” “corn or flour,” or “whole or refried,” consider the vast diversity of Mexican cuisine.

Authentic Mexican Food in the U.S.

Discussing authentic Mexican food, most Americans initially identify the food of Northern Mexico. Many of these dishes stem from areas that border southwestern U.S. states and often take on traits of a shared culture with their northern neighbors. This results in Tex-Mex, Santa Fe Style or Baja Style variations. Northern Mexico boasts a large number of ranches raising cattle, goats and sheep, which made the region ideal for perfecting grilled meats, such as machaca, arrachera (known here as fajitas) and cabrito. The large number of mammals also led to the addition of a wide variety of cheeses on dishes, including queso fresco, ranchero (similar to a common Monterrey Jack) and asadero (smoked) cheese. A variety of meat and cheese dishes, including the always-popular burrito, stem from this region. Northern dishes come primary served with or in flour tortillas.

But several other distinctive regions beyond Northern Mexico influence today’s menus. The Southern coast of Oaxaca and Chiapas offer distinctive chile dishes now served around the world. Oaxaca’s characteristic moles combine a variety of regional smoked peppers with spices and even chocolate to deliver a unique flavor. Southern states along the Gulf of Mexico often serve dishes with hints of their Caribbean and Creole neighbors. The area also expanded their fresh fish, crawfish and crab recipes with trade ship goods, such as capers and olives.

Obviously, authentic Mexican food varies by the regions’ crops, industries and tastes. Our advice? Take it all in and enjoy the deliciously diverse cuisine of our neighbors.